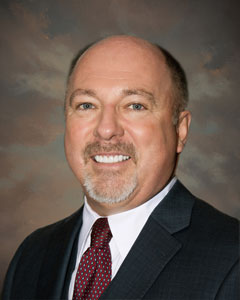 Staff members describe Fairley as living the credit union “people helping people” philosophy through thought and action. They know his door is always open, and he is a trustworthy, caring, and dependable leader.  He is a passionate supporter of Children’s of Mississippi Hospital.

Fairley was inducted into the Mississippi Credit Union Hall of Fame on August 22, 2021.