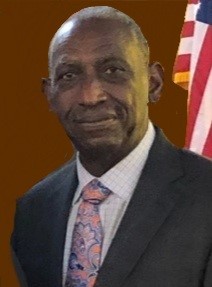 Abraham Green began his volunteer service with Vickswood Credit Union in 1987. He has served on the board as secretary and president and since 1996, he has held the position of vice president.

Initially serving employees of International Paper Company, Vickswood Credit Union now offers financial services to the surrounding community and has grown to more than $12 million in assets and 1,400 members. Abraham was a member of the building committee when new branches in Redwood and Vicksburg were built. During his tenure, the credit union has grown and implemented a variety of products and services. The credit union is proud that leaders like Abraham have helped them cultivate strong bonds with their community and members.

Abraham is described as having a passion for helping people. He not only serves Vickswood Credit Union, but he is also the executive director of the Warren County Habitat for Humanity. He has a special way of listening to what people are saying and understanding what they need, and he will do everything in his power to help.

His passion for helping others and his dedication to the credit union have made Abraham a tremendous asset to Vickswood Credit Union.

Green was inducted into the Mississippi Credit Union Hall of Fame on August 22, 2021.