July 8, 2022 (Athens, GA) – Southeast Regional Credit Union Schools (SRCUS) is pleased to announce that Mia Mason has been awarded the inaugural Tom McWilliams Service to SRCUS Award. The award, named in honor of the late Tom McWilliams, recognizes a student that exemplifies empathetic leadership, inclusiveness of others and appreciation for their perspectives, excellent communication and listening skills, and a commitment to service and willingness to participate.

Mason, vice president of operations at Mutual Credit Union in Vicksburg, MS, accepted the award on June 17 during this year’s session of the Southeast CUNA Management School in Athens, GA.

“I am so honored to receive the Tom McWilliams Service to SRCUS Award,” said Mason. “Tom was my mentor and was always available when I or anyone else needed him. His belief in me is why I completed my program after sitting out for two years. He taught me so much about the credit union movement and inspired my passion for learning and being a servant leader because that’s who he was. Tom’s character was exemplary. He cared for so many people and did it with the class of a southern gentleman. I can’t think of a better way to honor his memory than an annual service award. Again, I am grateful to be chosen to receive such an esteemed award and will strive to continue to work and learn in a way which honors my mentor and friend Tom McWilliams.”

Tom McWilliams was an advocate for the credit union industry for over 30 years and had a tremendous passion for career development, serving as senior vice president for the Mississippi Credit Union Association (MCUA) and as vice chair for SRCUS until his passing on March 11, 2022. The new award was presented to Mason by MCUA President and CEO Charles Elliott.

“You would be hard-pressed to find a better human being than Tom McWilliams,” said Elliott. “An award recognizing a student for emulating the qualities and values Tom demonstrated is the perfect way to honor his legacy and decades of commitment to the students and success of SRCUS CUNA Management School. Mia Mason is an outstanding and deserving recipient of the inaugural Tom McWilliams Service to SRCUS Award – she inspires others to be the best version of themselves by simply being herself. I am honored to be their friend and proud they are from Mississippi.”

SRCUS will continue to issue this award annually as part of the Southeast CUNA Management School program. 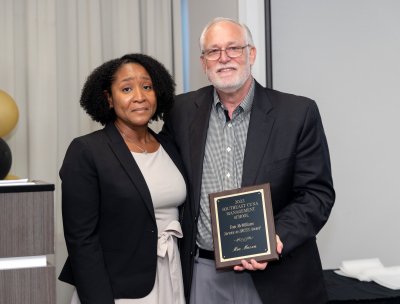 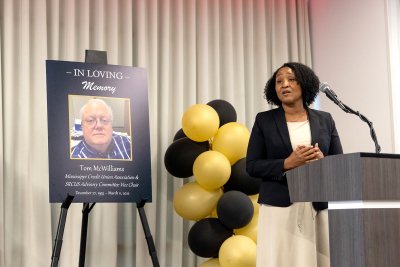 Since 1970, Southeast CUNA Management School has equipped graduates with the skills and knowledge to meet the leadership challenges that arise in the credit union industry. The curriculum develops students’ operational, managerial and leadership abilities as they receive advanced academic instruction on a variety of topics including management, leadership, and financial analysis. Students also apply the knowledge gained from the on-site sessions to projects that require strategic analysis of their respective credit unions and research of relevant issues facing the credit union industry. Learn more at srcus.org.